Welcome to part-5 of the series. We will look into doing API calls with useEffect in this part.

In this part, we will fetch data from an API endpoint. We will first install the axios package to do api call. Open the terminal and run below command. 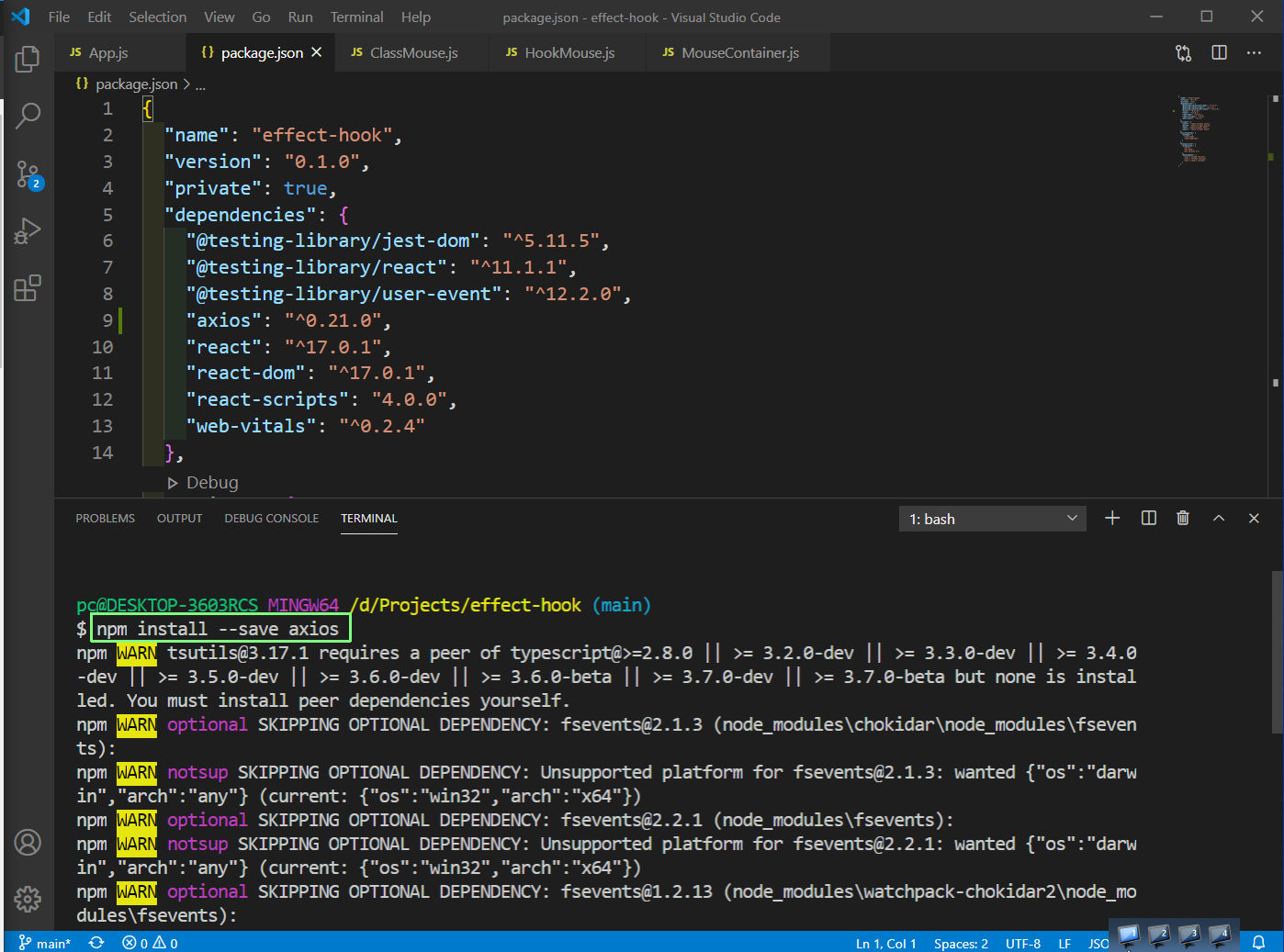 Now, create a new file DataFetching.js inside the components folder. Inside useEffect we are using axios to hit the API endpoint, which is returning a promise. 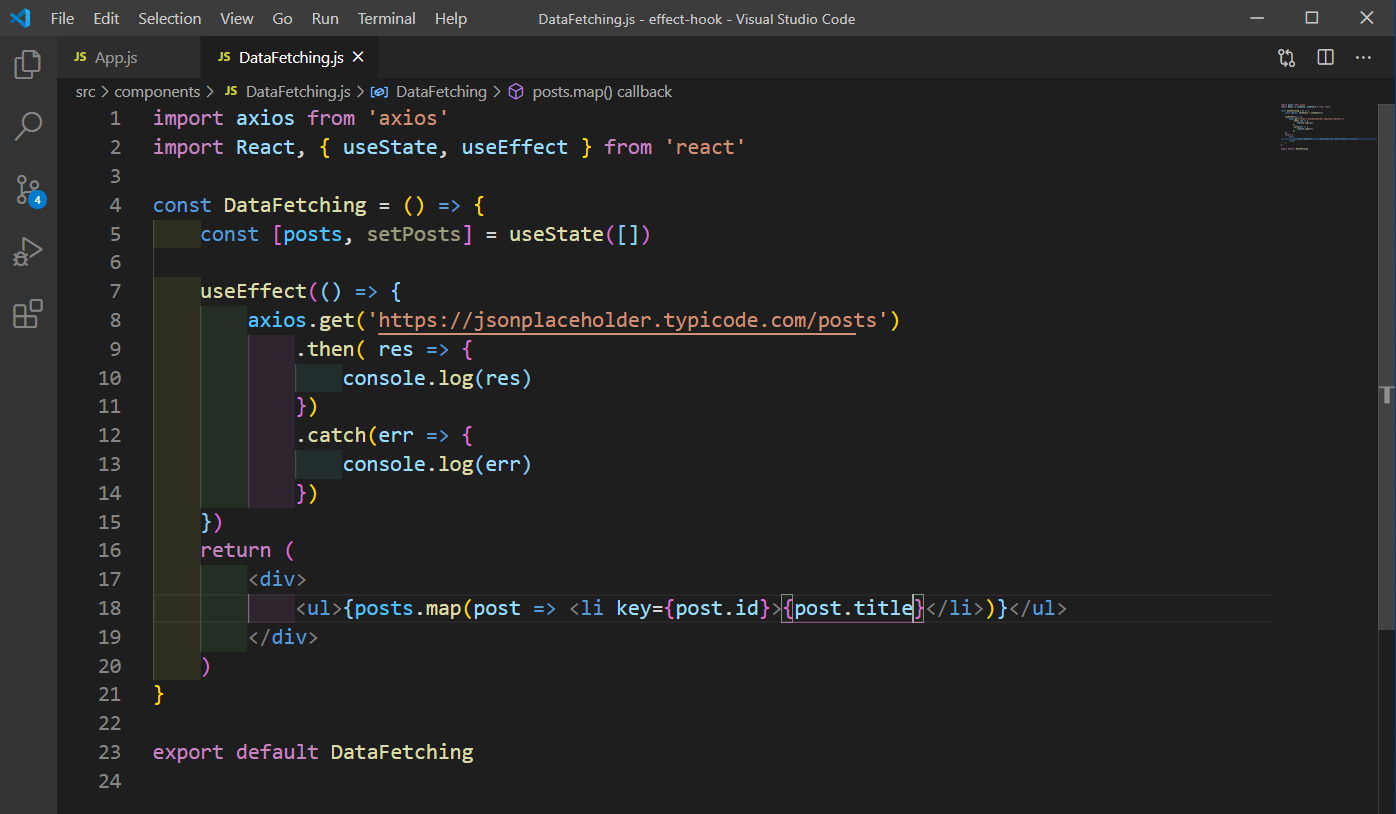 After this include the component in App.js file.

Now, in localhost we can see the data been received in the console. 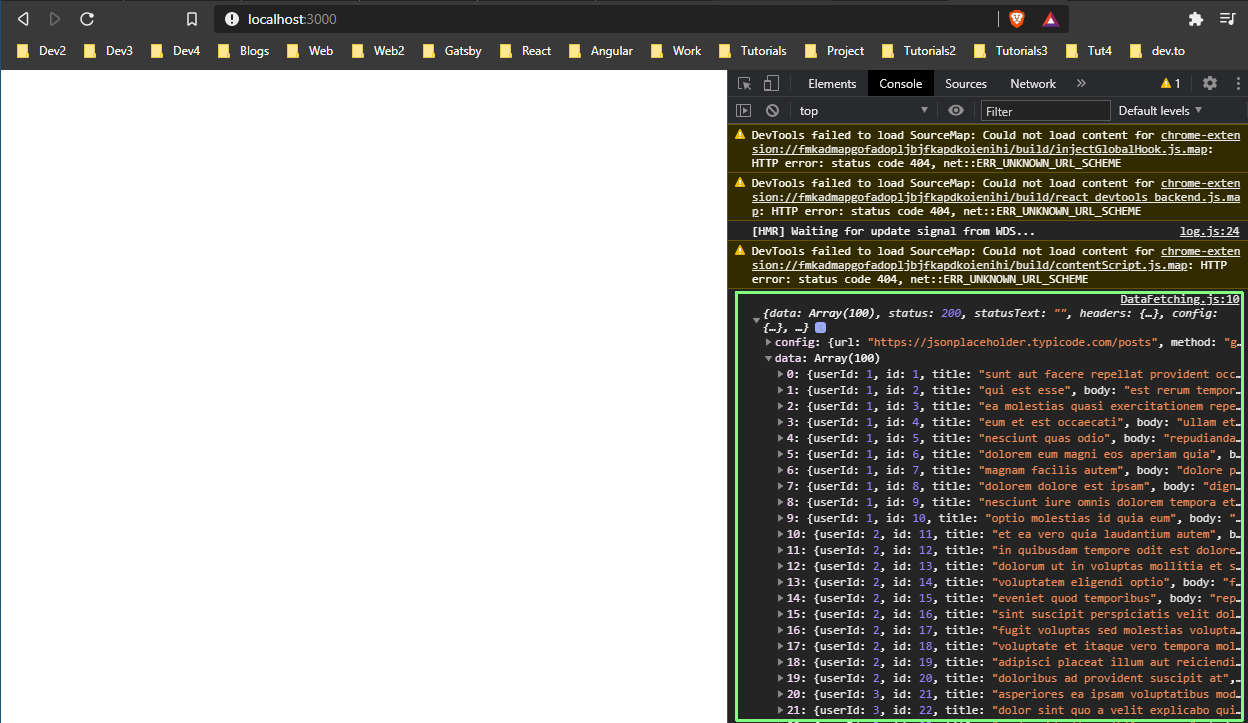 Now, we will set the state to show the posts on the screen. We will just pass res.data to setPosts. 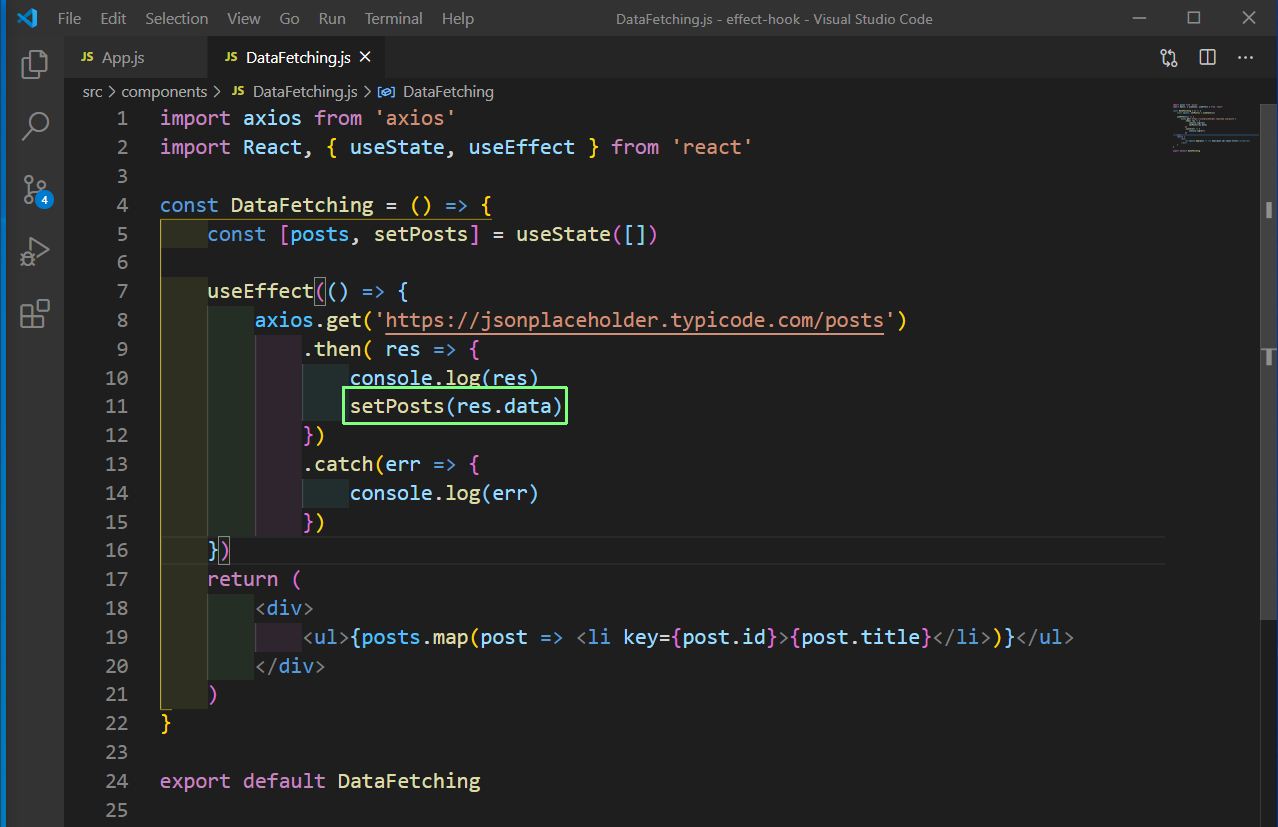 Now, we will get the posts title displayed, but we get an issue and that is the infinite call to the api endpoint. 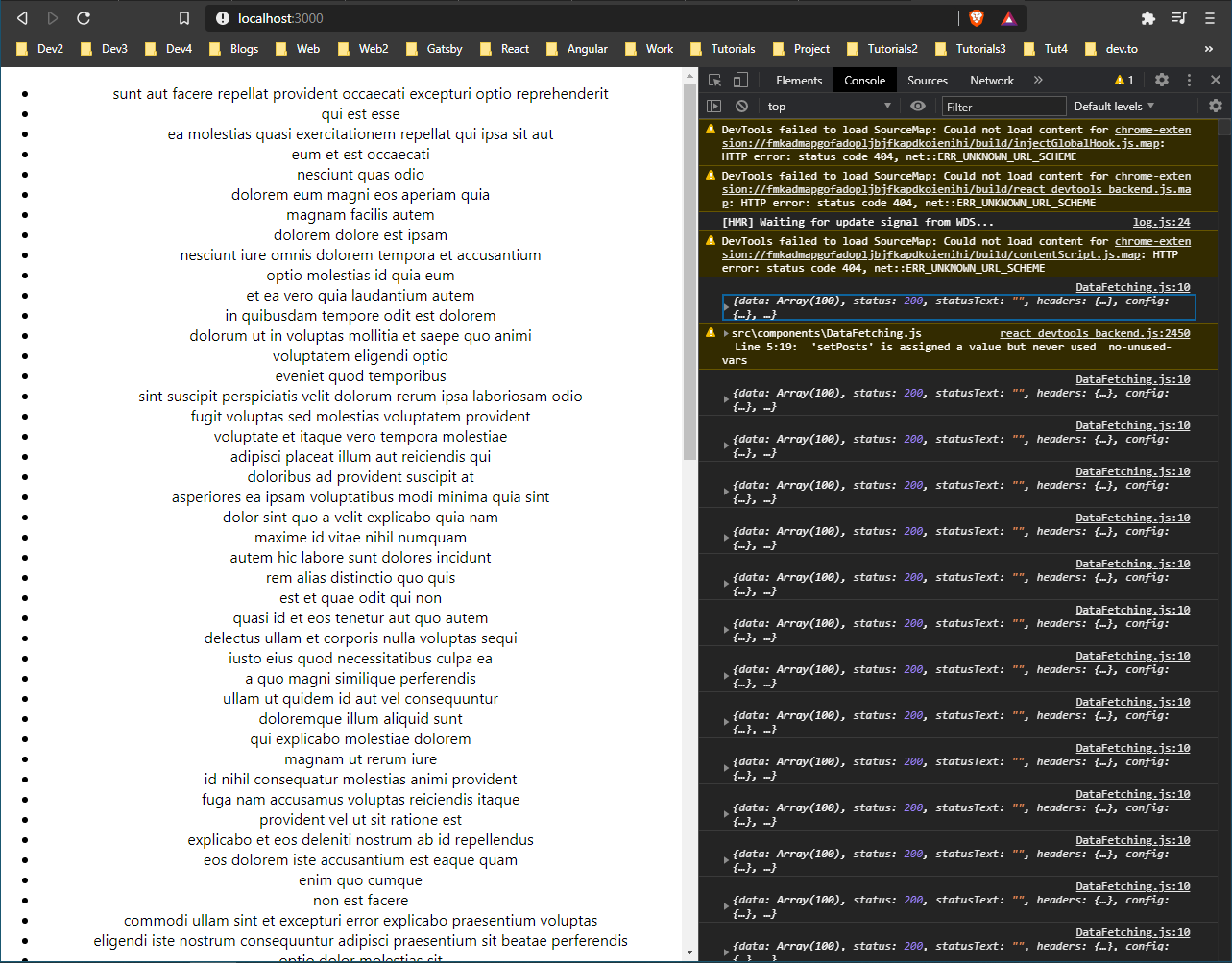 We can fix it easily, because we want the data to be fetched only once and mimic the componentDidMount lifecycle method. As from the earlier part, we do this my specifying an empty array as the second parameter. 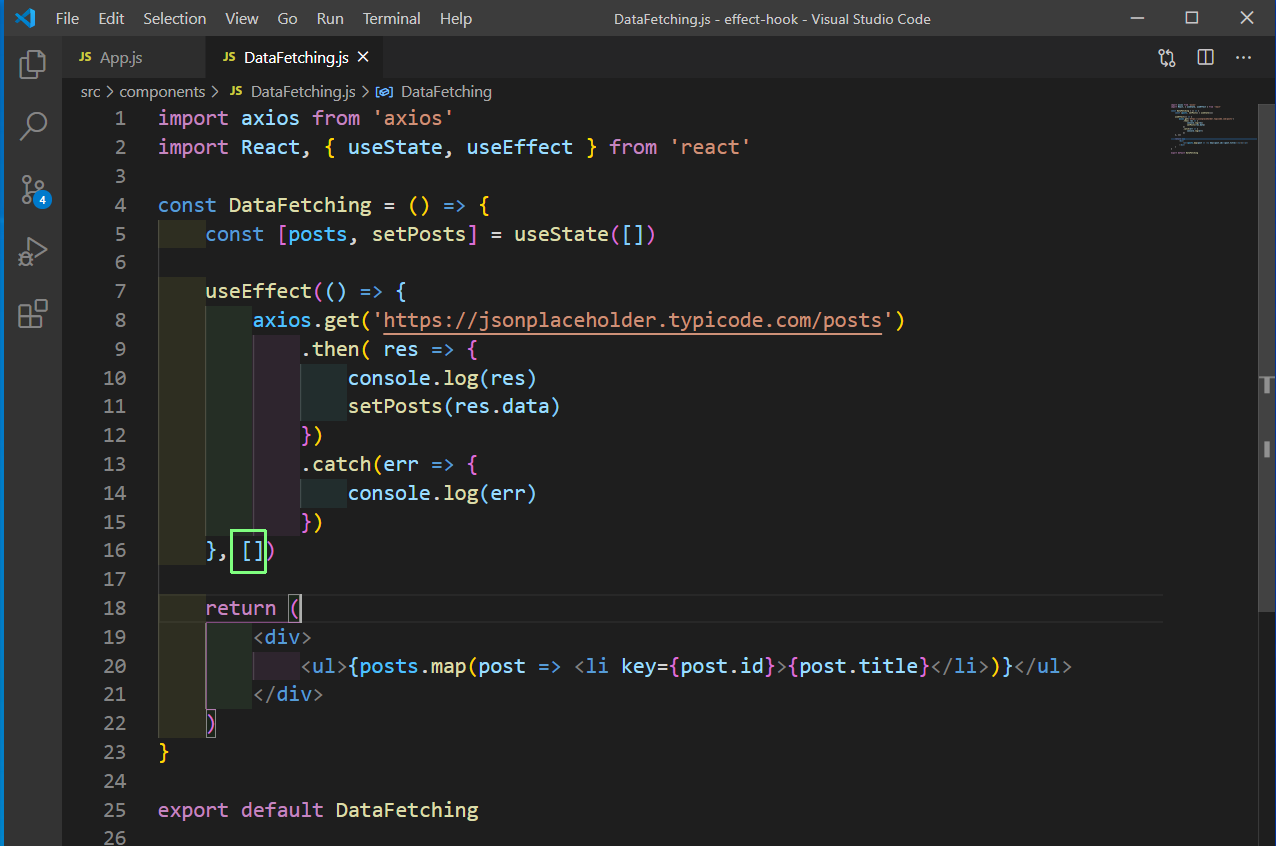 Now, back to localhost and our issue is resolved. 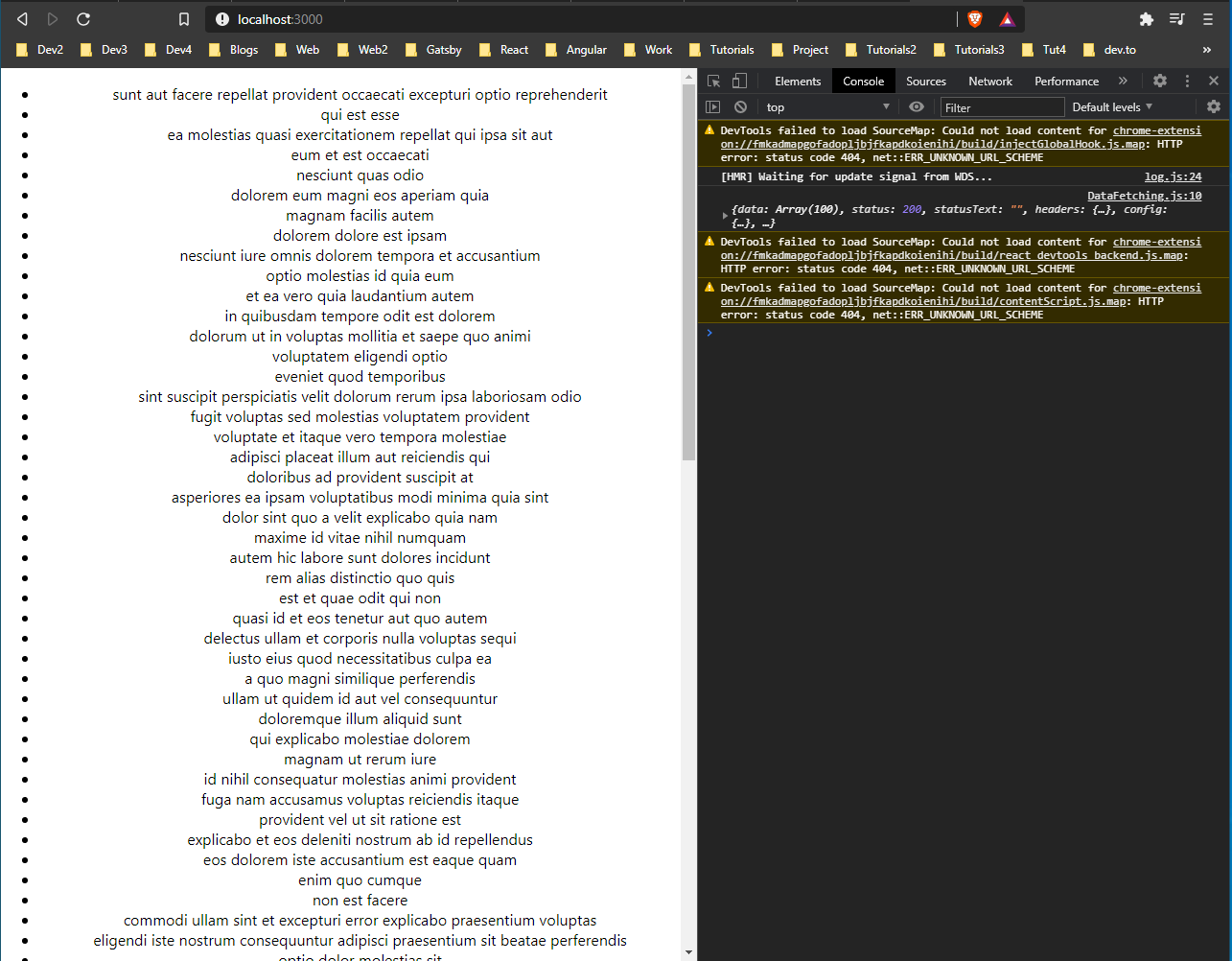 We will now learn how to fetch individual posts through useEffect now.

Now, create a new file DataFetching2.js inside the components folder. It is mostly similar to DataFetching.js, but have a input box which contains it’s set of state. 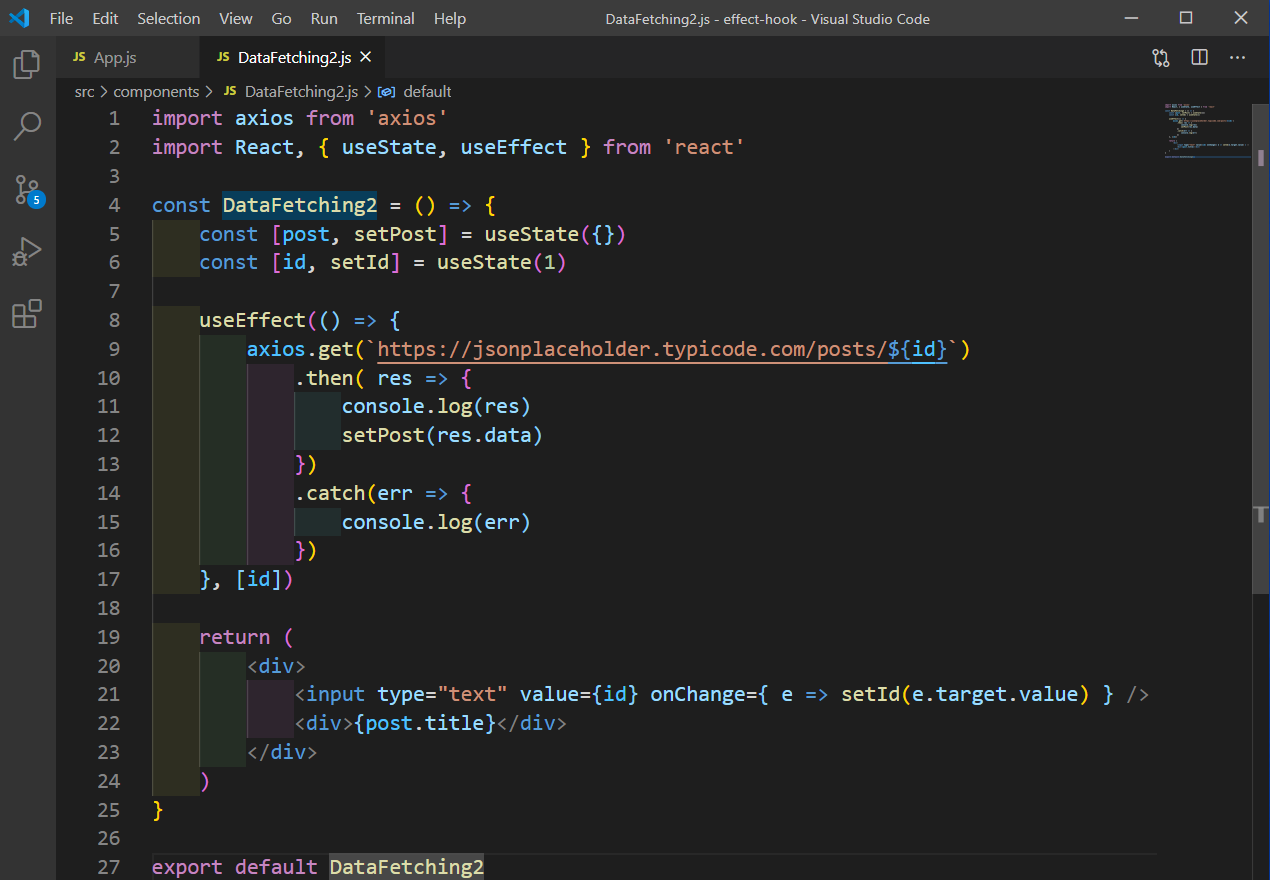 Now, include the DataFetching2 in App.js file.

Now, in localhost, we will see the single post title and also the new title, if we change it from the input box.