Welcome to part-3 of the series. We will look into useEffect in this part.

The useEffect hook, is the second most important hook and is used to do below.

Now, we will directly look into an example to understand useEffect hook. I had create a new React project and created a file ClassCounter1.js inside src->components folder.

We are first seeing the example with a class based component. Here, we are updating a DOM element and setting it to the state variable count.

The componentDidMount() will run during the initial render and componentDidUpdate(), during every other time when the state is updated. 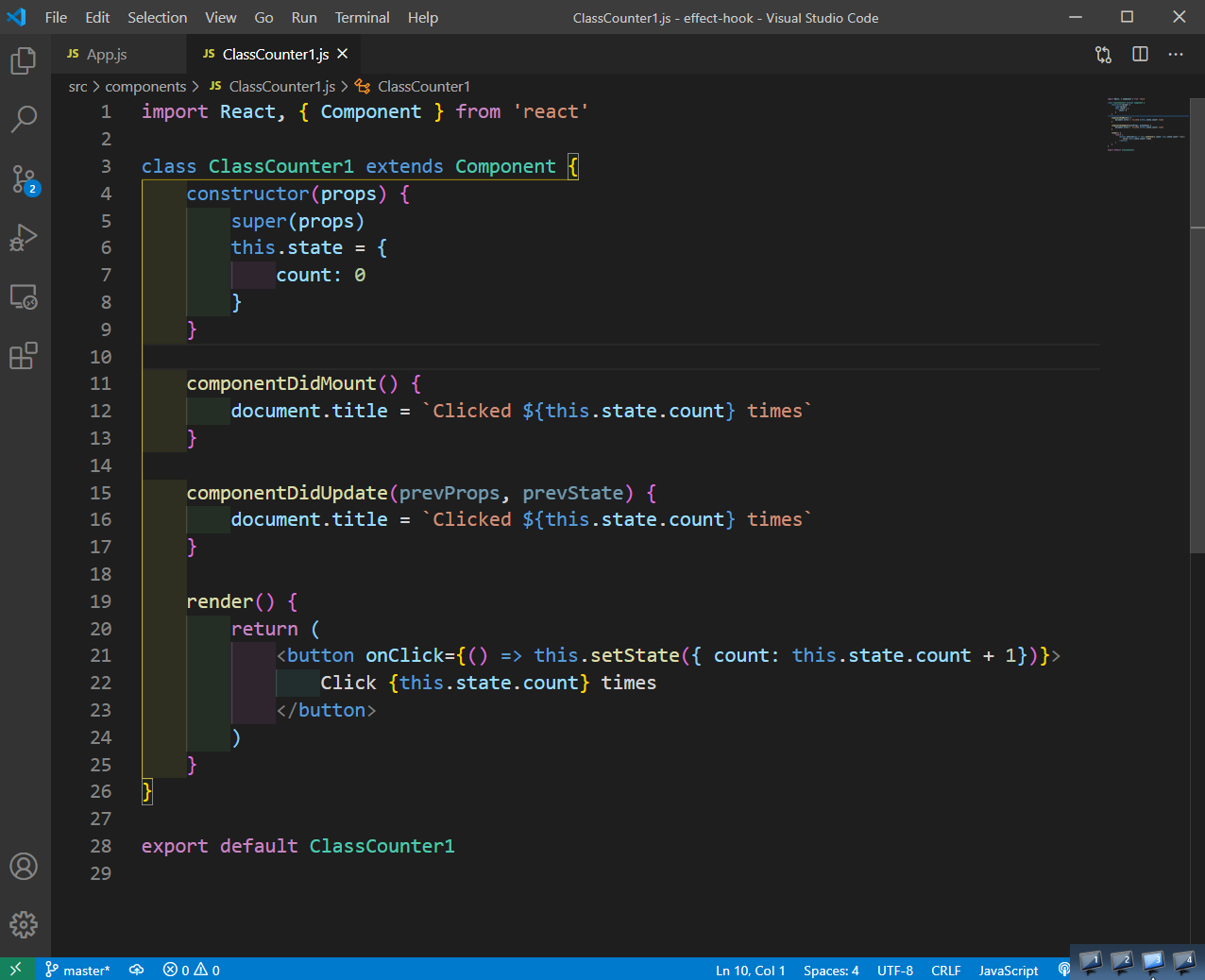 We have also added it to App.js file.

Now, in localhost whenever we click the button the text and the title both changes.

Next, we will implement the same with useEffect. So, go ahead and create a file HookCounter1.js inside the components folder.

Here, we have added the logic to update the state with useState.

Next, we will add the useEffect to change the document.title. The useEffect is combining both componentDidMount() and componentDidUpdate() and running after initial render and also, each update.

Now, add it in App.js file.

Now, back in localhost we will see the same effect as a class based logic.

We had just learned that useEffect hook runs after every render. But this can create performance problem, and in certain cases we want it to run conditionally.

We will first see the issue in class based components. Create a new file ClassCounter2.js, which is exactly similar to ClassCounter1.js, but have a text input which changes the state. 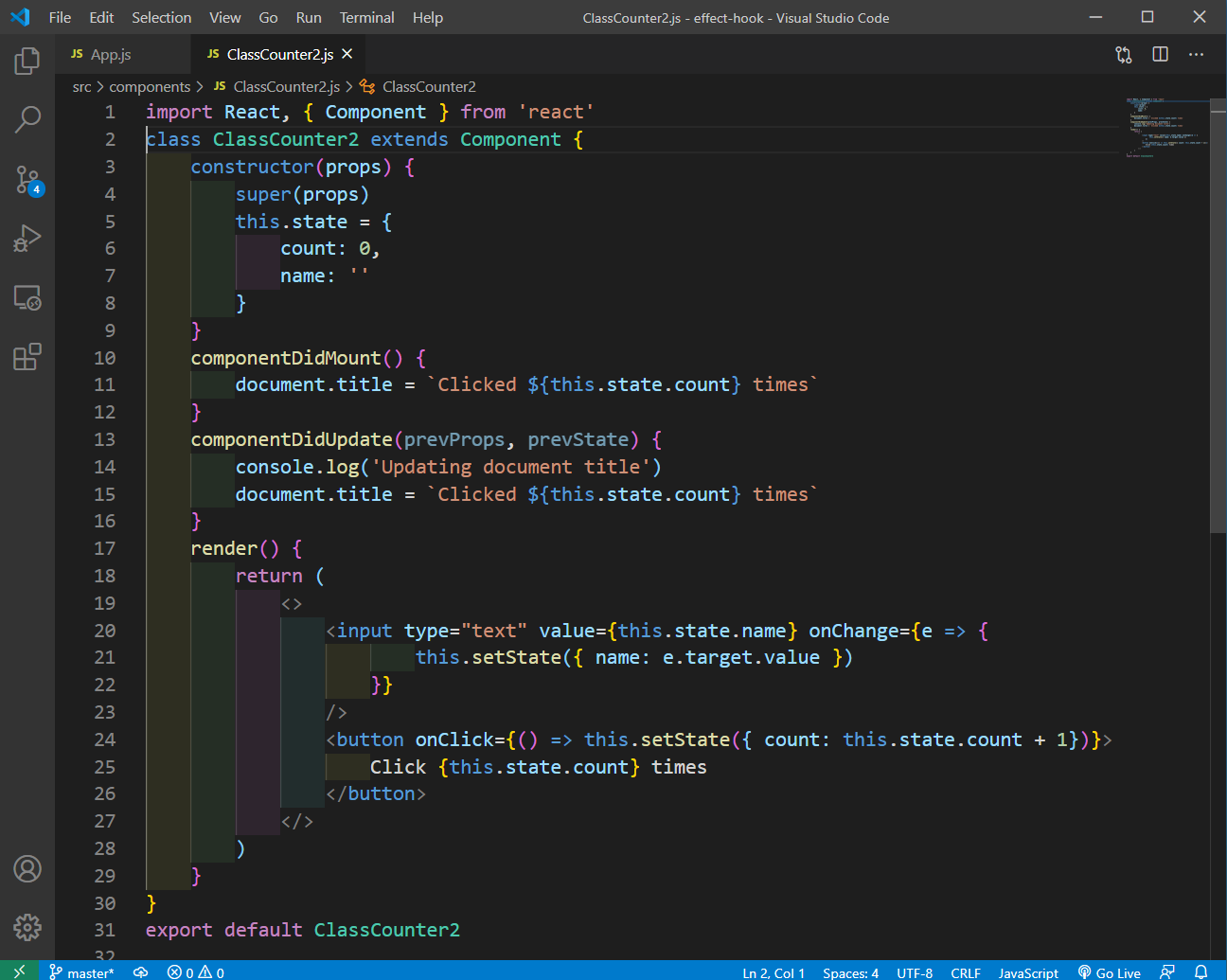 Now, head back to localhost and click on the button, which will update the document title and also show the first console log.

After that when we type inside the text field, it also runs the console log. It means the componentDidUpdate, was run unnecessarily 7 times and document.title updated with same value.

To fix this issue we will check in componentDidUpdate(), where the previous count is not equal to current count. 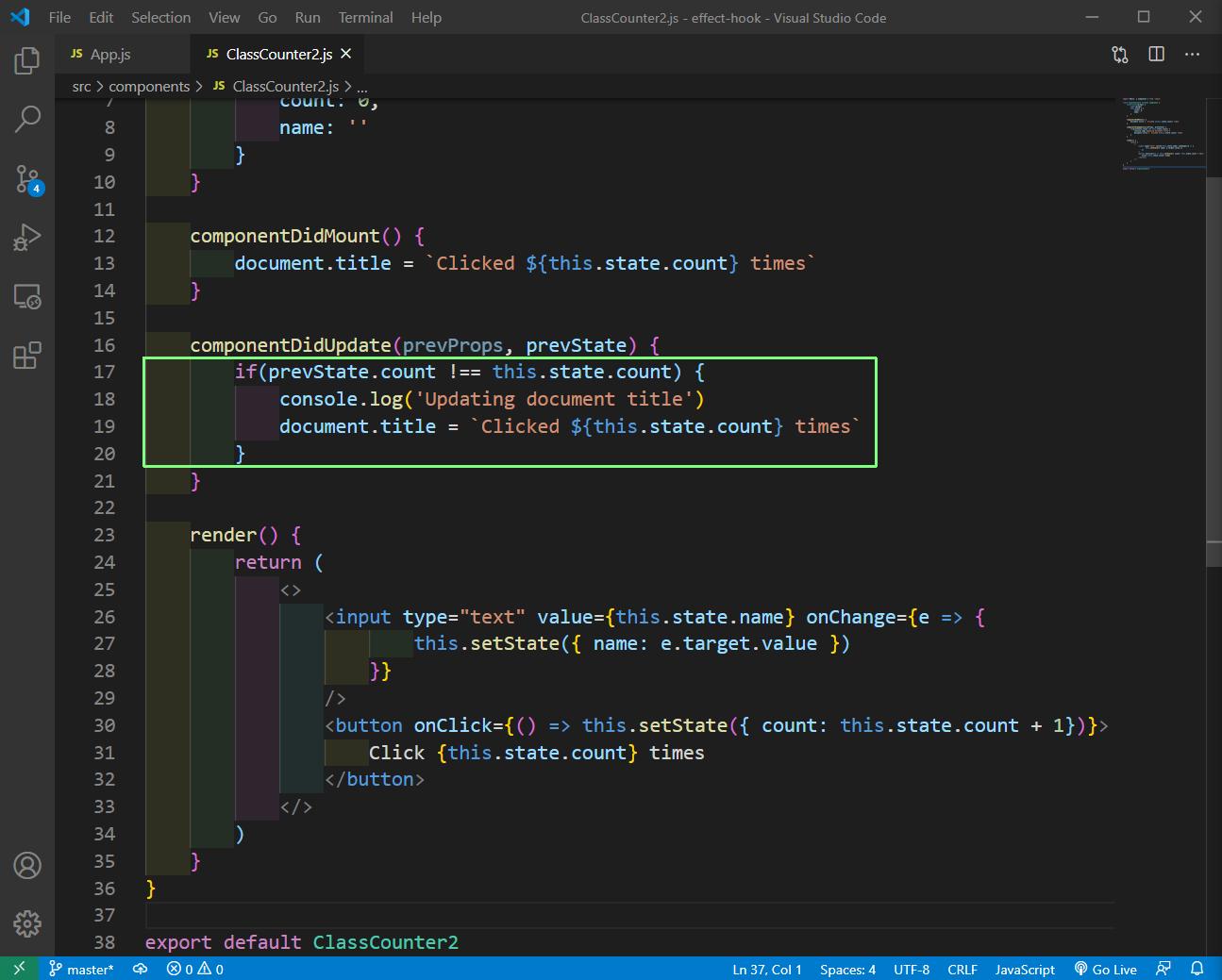 Now, go back to localhost and first click on the button and then type something in text box. This time the console log for ‘Updating document title’ won’t be shown.

Now, we will implement the same with functional components. Create a new file HookCounter2.js, which is similar to HookCounter1.js but it contains a text field and the state to update it. 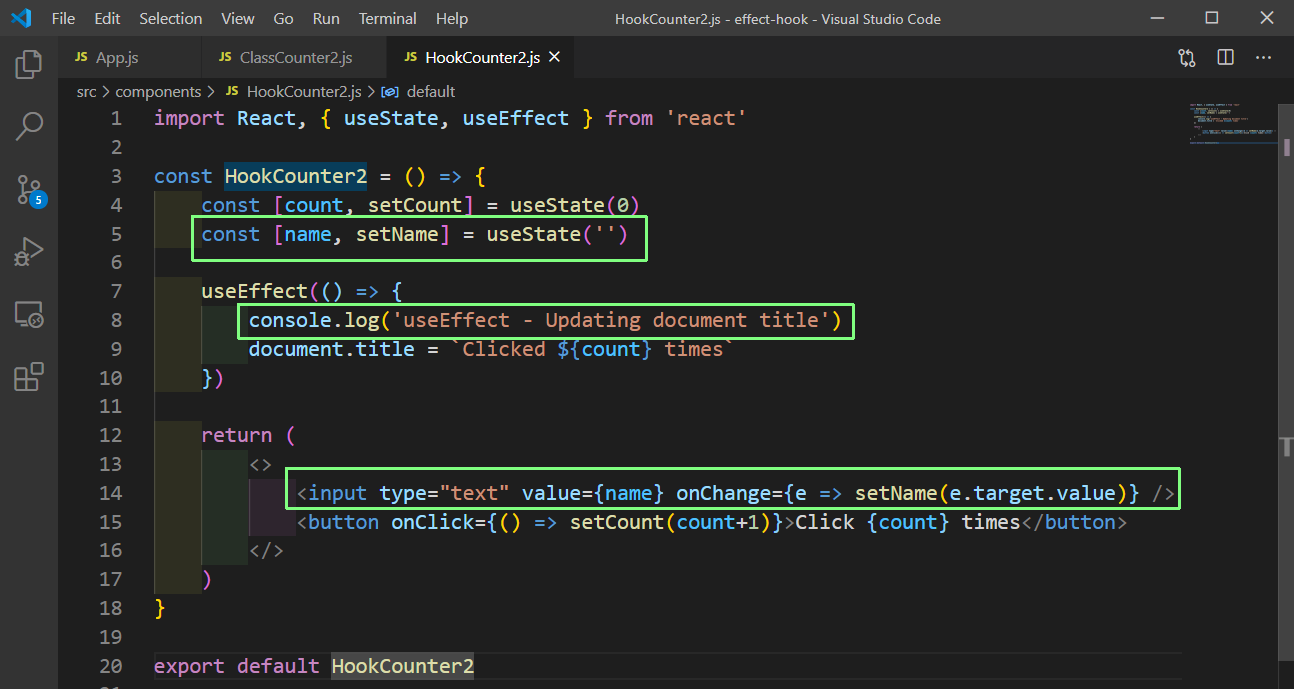 We have also added it in App.js file. We will again see the same problem and the document.title will be updated unnecessarily.

Now, we will fix it by conditionally run useEffect, only when the count value changes.

We do it by passing an array as a second parameter. Here, we will pass the props or the state variable depending on which the useEffect will run. In our case it is the count state variable. 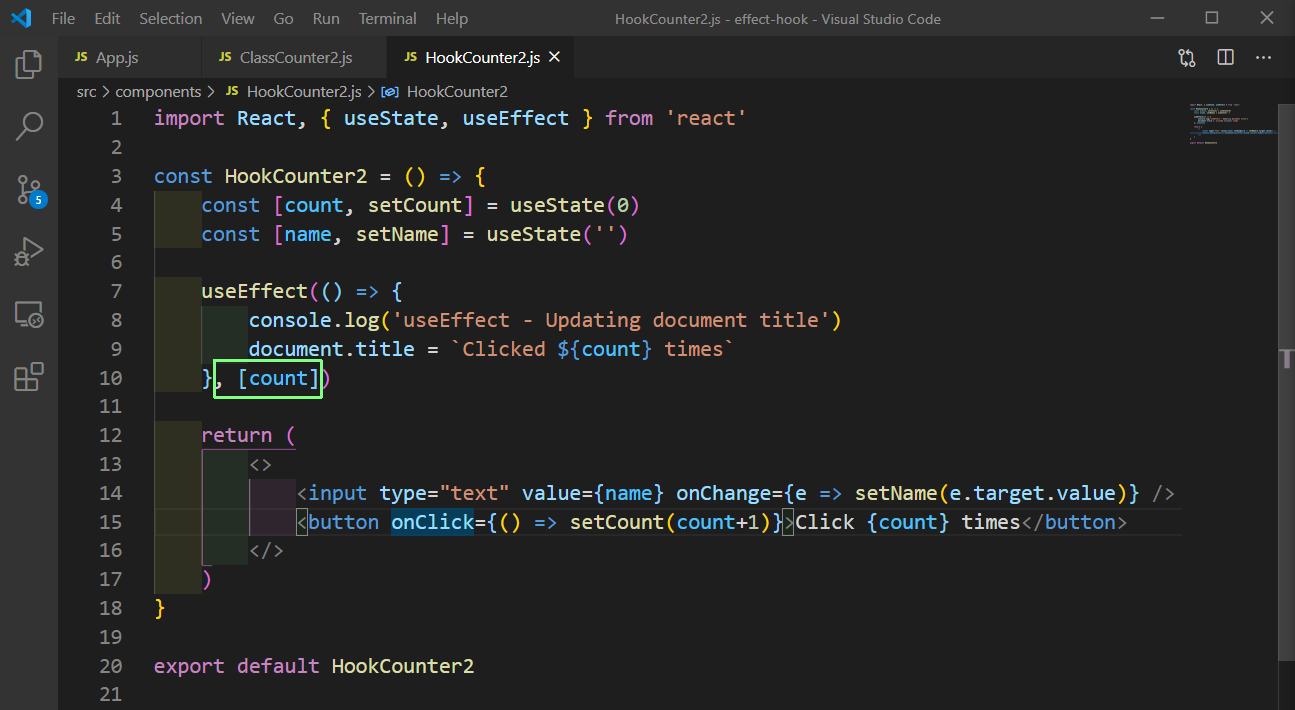 Now, in localhost when we click on the button, then only the useEffect will be run because that only changes the count variable.