Welcome to part-11 of the series. We will learn about the import Lifecycle methods in this part.

When we create a React component, the component goes through several stages in it’s lifecycle. React provides us with built-in methods, that we can override at particular stages in the lifecycle.

The lifecycle methods have changed a bit during these years and the method which we are going to learn are from React 16.4 and above.

They are been called as described in the below image.

The different methods during each phases are described in the diagram below. In production code we mostly use the Mounting and Updating methods.

We will first look into Mounting Lifecycle Methods, which are been called when the instance of a component is been created or inserted into the DOM.

We are going to see them in the order in which they are invoked. The order is as shown in the figure. 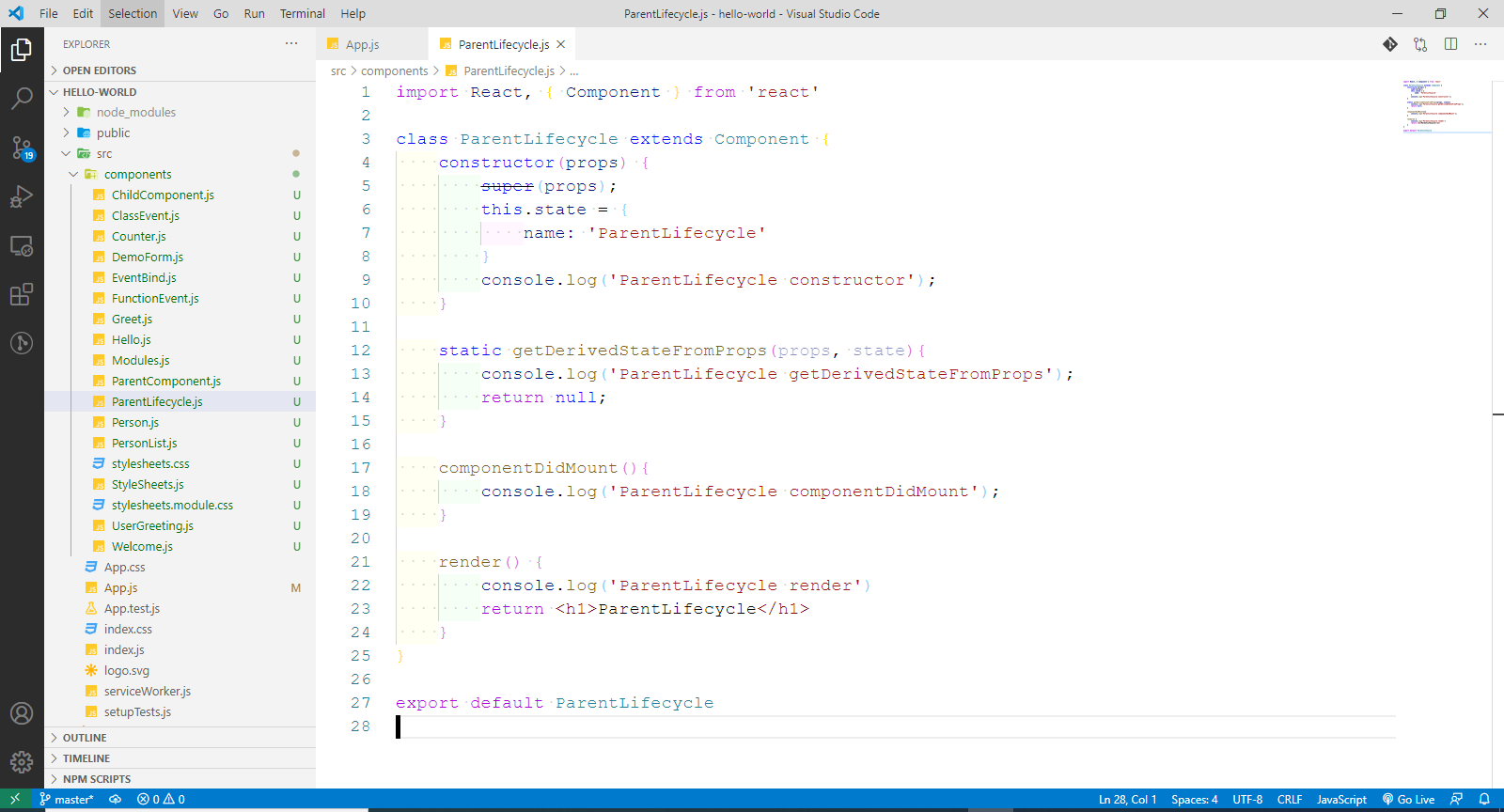 Now, include the ParentLifecycle in App.js file.

Now, go to localhost with the console opened and we can see the order in which they are called in the mounting phase.

As you can see in the above console, everything is rendering twice. I searched for the error in stackoverflow and found that in React 16.13, it is coming because of Strict Mode. So, I removed it from index.js file.

Now in localhost all lifecycle methods are rendering once only and everything is fine.

We will now see what happens when the component have a child component. Create a file ChildLifecycle.js in the components folder. It will have exactly the same content as ParentLifecycle.js, only the names will be different.

Now, also include it in ParentLifecycle.js file. 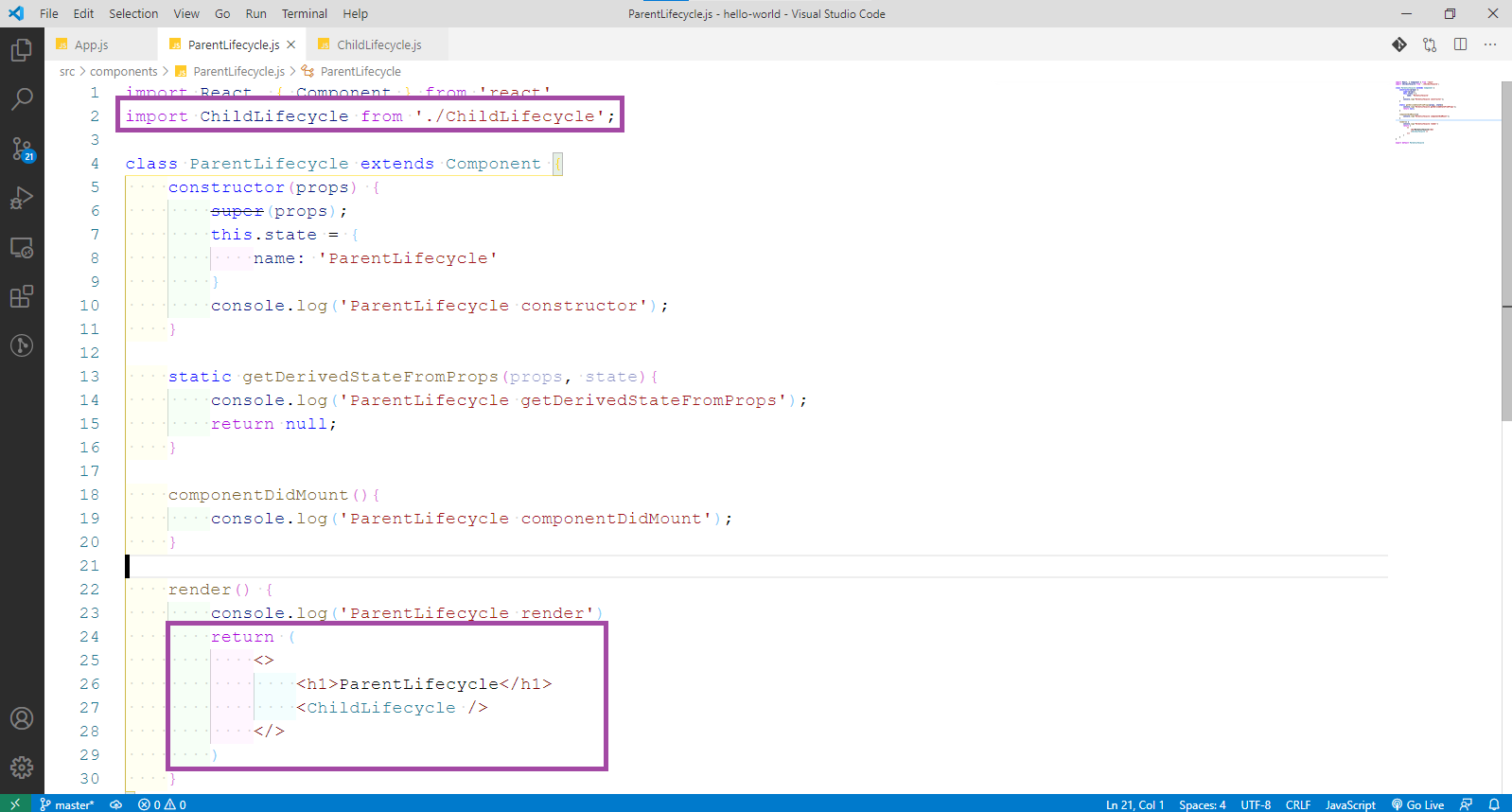 The updating lifecycle methods are called when a component is been re-rendered as a result of changes to either it’s props or state.

We are going to see them in the order in which they are invoked. The order is as shown in the figure.

We will be using the same two classes, which we created earlier for Mounting lifecycle methods.

Add the three new methods in ParentLifecycle.js as we already have render and getDerivedStateFromProps

We are also adding a button to the component and changing the state of name onClick. This is needed because updating lifecycle methods runs only when a component is been re-rendered as a result of changes to either it’s props or state.

Now, go to localhost and open console. We will already have the console log, which came from mounting lifecycle methods. So, first clear the console and click the button.

The order for the same can be seen in the console.

We have only one unmounting phase method and that is componentWillUnmount().

The Error handling Phase is a topic in itself and we will look into it in later post.

This completes part-11 of the series.