I have decided to give Flutter a try, after getting frustrated with React Native errors. Now, i am working with JavaScript for more then a decade now and in between also done Swift development for 1 year.

But to learn flutter, we have to learn a new language which is Dart and this tutorial is on the basics of it.

We will be using dartpad for learning dart, which is an online editor for Dart.

In dart, just like other languages we have a main function. Inside the main we will first check the integer data types. In dart we have both integer and floating point types. 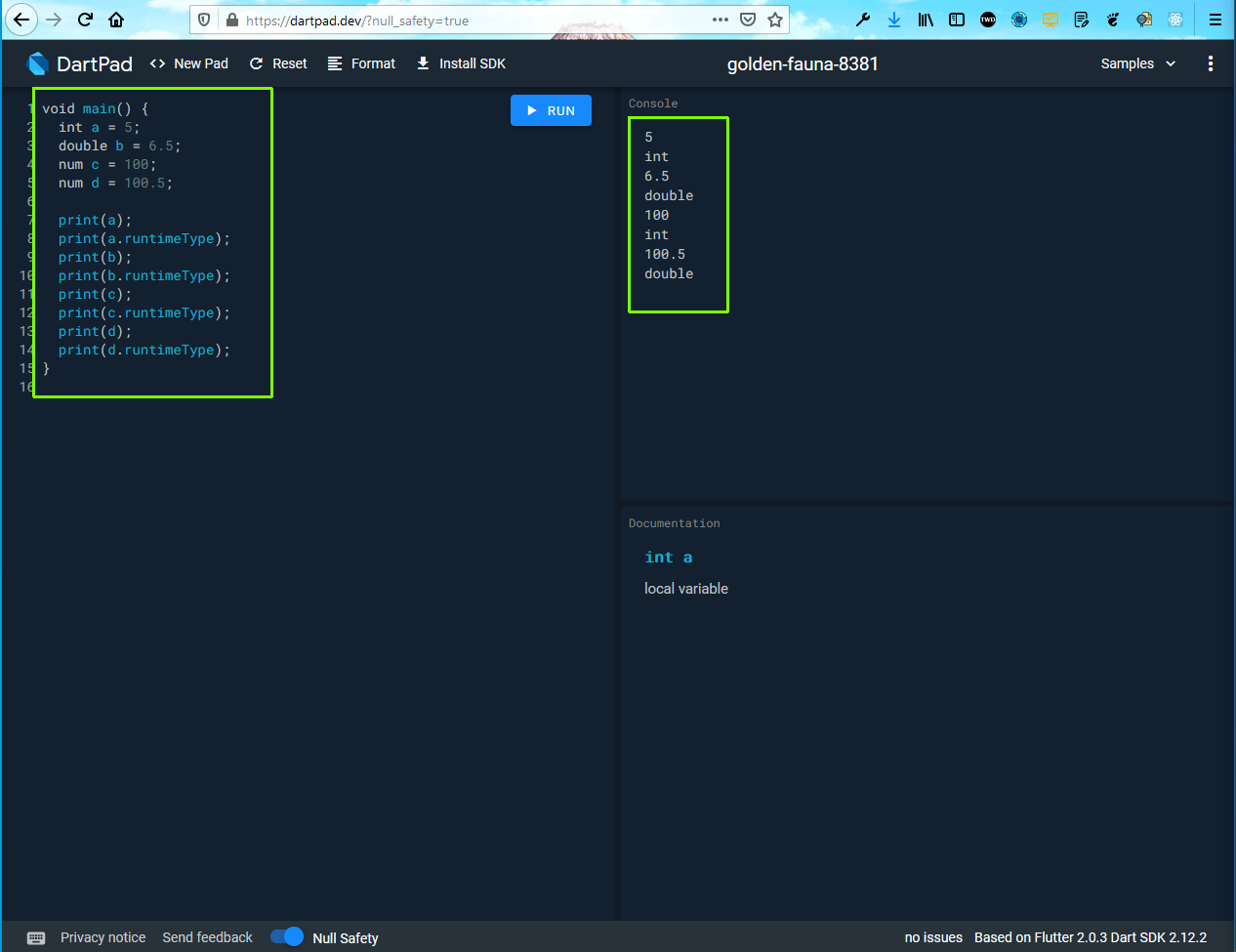 In Line 6 of the DartPad, we are comparing ‘5’ with 5, using the equality operator(==). Here, we will get a false as we get in other JavaScript.

We need to convert the int to a string, as in Line 13 with toString() method for them to be equal.

In Line 15, we are doing string interpolation using dollar($). Also, notice that here, we don’t need to convert b to string. 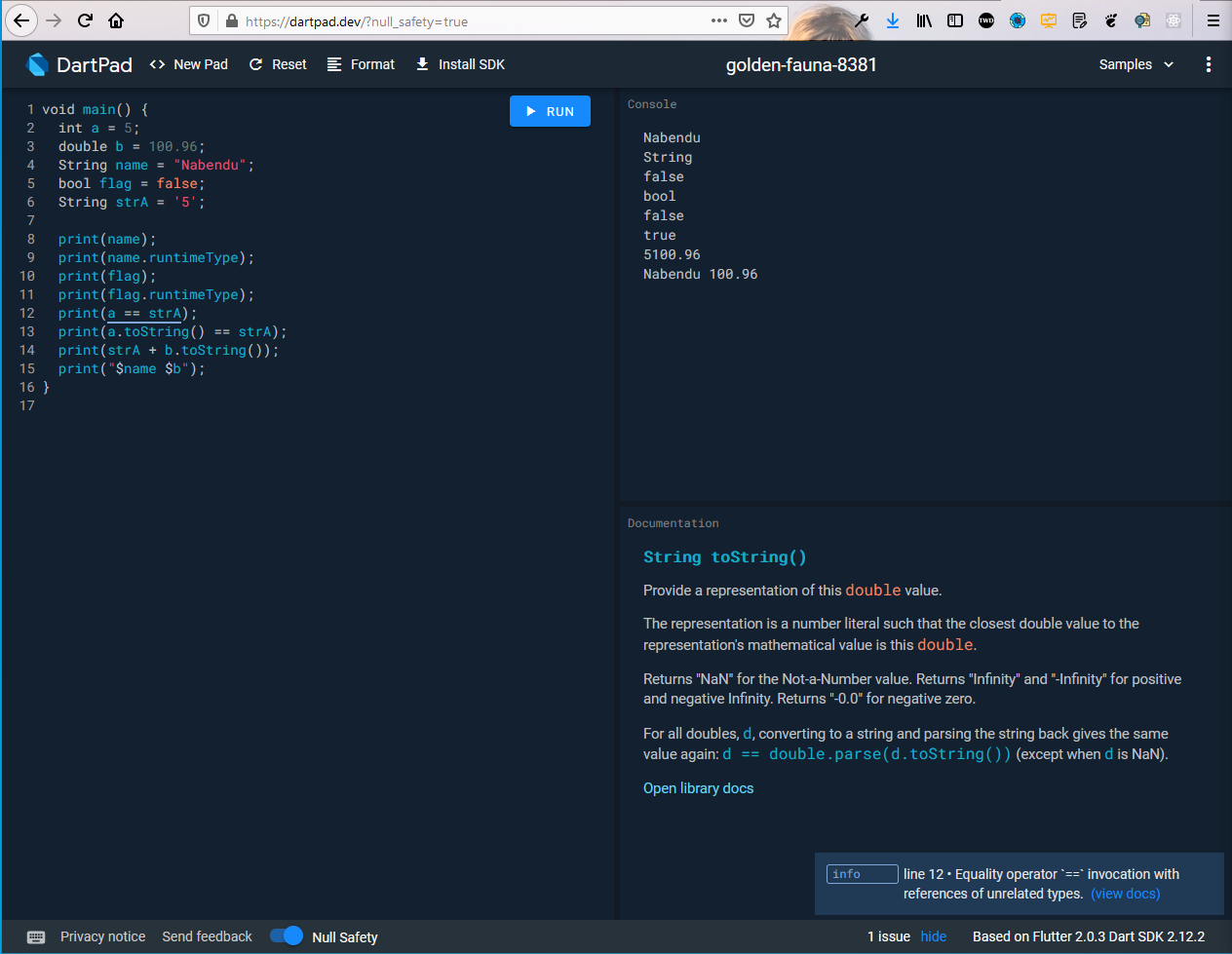 We also have a var type, again like JavaScript. We use it when we don’t want to specify anything or know it’s type. It’s again evaluate to the type, we put in it.

Now, there is a data type know as final, which is similar to const in JavaScript. Variables declared with it cannot be changed and will give an error if we try to change. 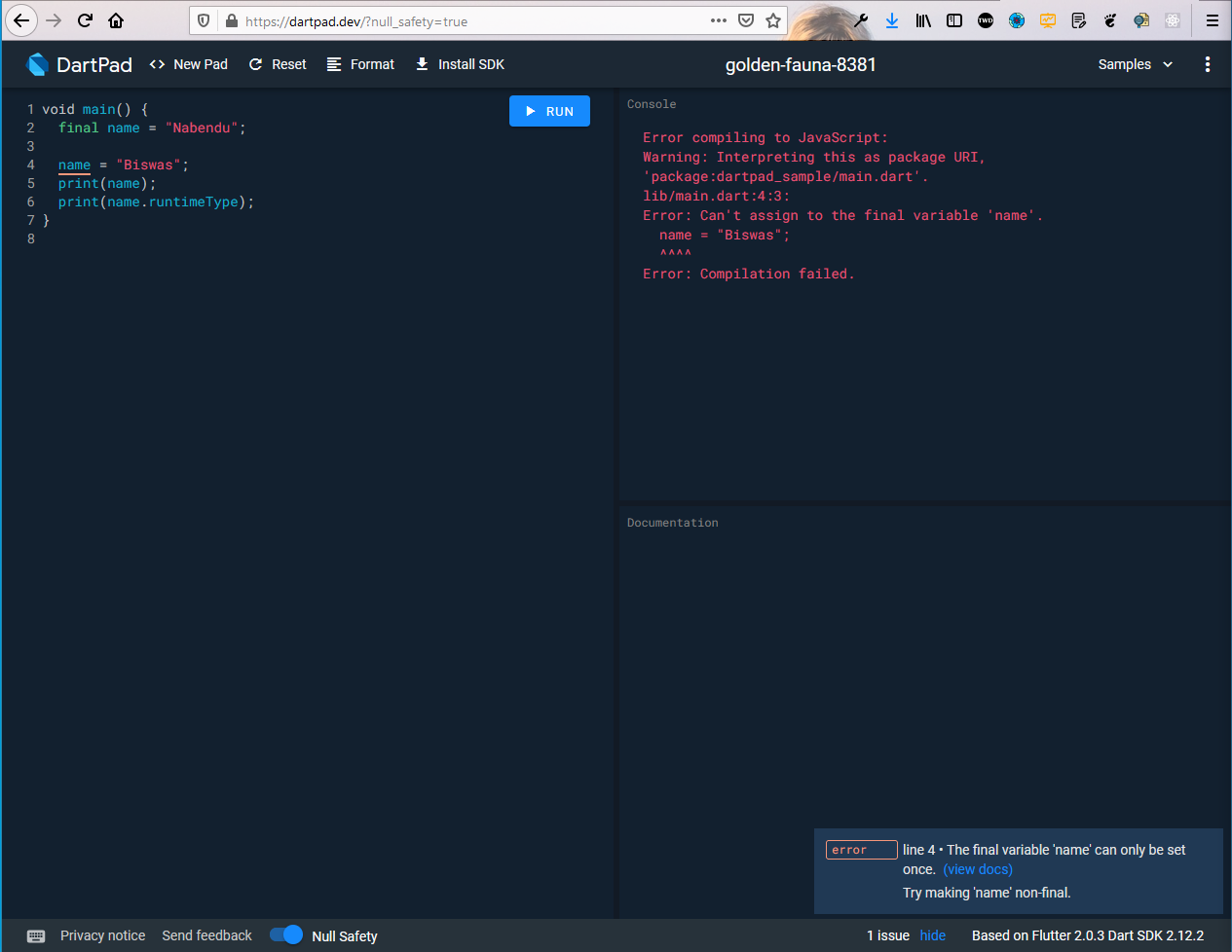 In-fact we have a const also in Dart and it seems to behave exactly the same. The difference which we should know as of now, is that final can be used to modify items in List(array in dart) and const cannot be used. 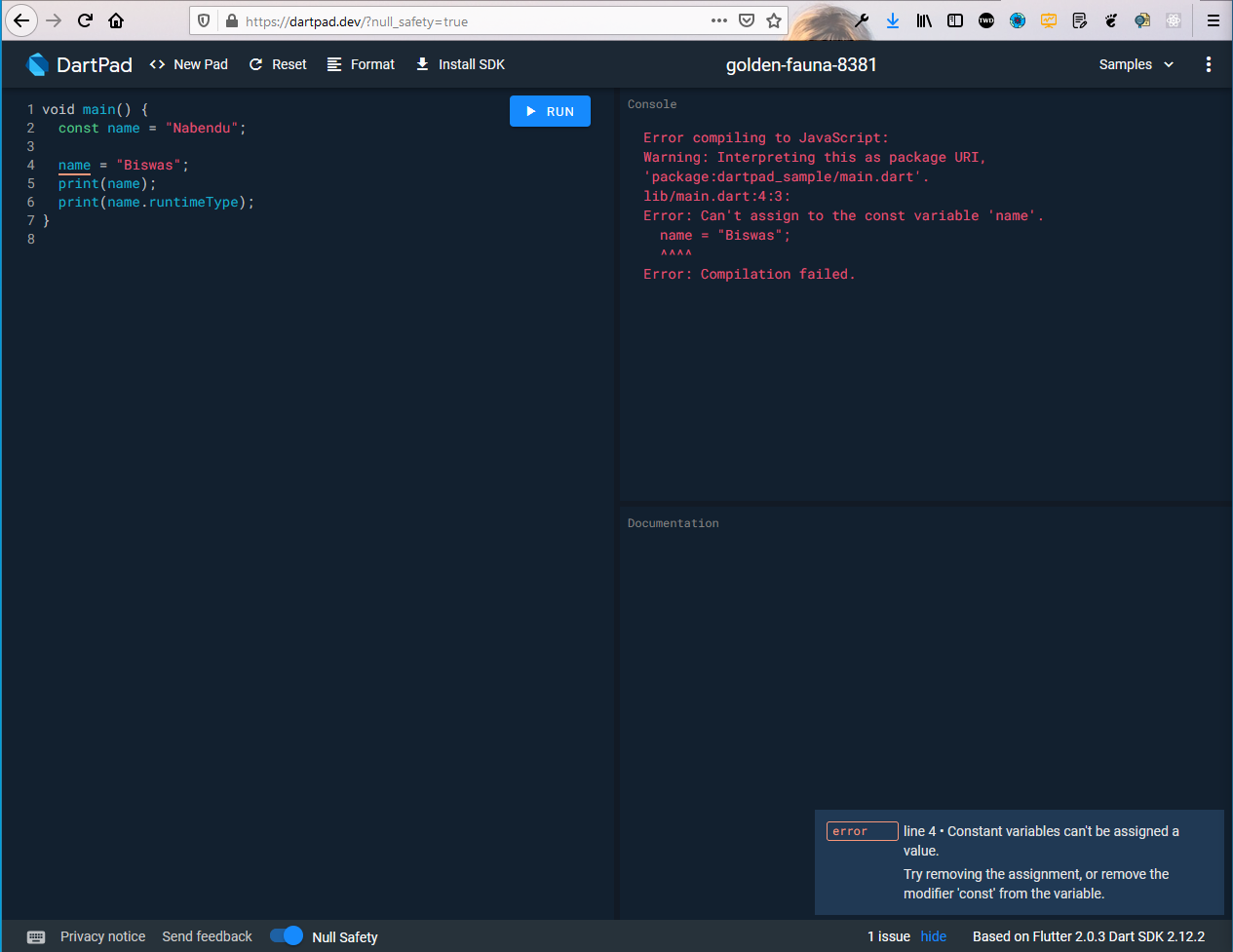 The switch statement is also similar to other languages including JavaScript.

The loop are also similar to other languages. The syntax for , while and do..while loops is exactly similar to JavaScript.

Arrays are known as List in dart and can contain mixed values. The items can be accessed by bracket notation and also a special type of for loop called forEach().

Objects are known as map in Dart and be accessed by the square value notation. Also, have some special in-built methods like keys and values.

Now, the functions in Dart are again quite similar to JavaScript, but they take the type of parameters also.

Also, notice the second parameter [int age = 7] in printFunc(). Here, we are wrapping it with a [], and passing a default value. This will come into picture if we don’t pass a second parameter like in Line 8.

Now, we can return values from functions also and here, we are giving a string return type.

Now, we will look into the concept of class which are used a lot in flutter. Here, we are defining a class Person which have two variables- name and age. If we add an underscore() to a variable or method, it makes it private.

After that we have a method walks(), which accesses the variable _name. Inside the main(), we are creating an Object of the class and passing a name and age to it. Using the onject in the next line, we are calling the function walks().

This complete our mini Dart tutorials. See you soon with flutter apps.