Creating an Agency Site in GatsbyJS-1

I have done quite a bit freelance WordPress development around 9 years back(2011). Three things which i didn’t liked at that time with WordPress. First was little coding, as i was creating these sites in WordPress with themes. Second, the sites were really slow and third, a lot of these sites were hacked and client used to come back.

I had came a long way since then and now i work as JS developer (React/Angular). I keep this awesome static site generator, GatsbyJS and decided to dive into it. I need to create a new blog site and some other personal sites. These sites are mostly static and Gatsby is a great way to use my React Skills and seems to also solve the problems which i had with Wordpress.

Will first try it to build a simple demo Agency site(Known as Service company in India). Right now i had gone through only the official docs at https://www.gatsbyjs.org/tutorial/ and it is awesome. Although i can use, one of the many starter kits available at Gatsby site to get a head-start. But decided to writer my own CSS, to brush up my CSS skills.

Let’s start with Gatsby. I will be following along with the tutorial to create the site. Install gatsby globally by npm install -g gatsby-cli

Next to create a new gatsby site give the following command in the terminal. It uses the most basic gatsby starter kit.

Rest of the chapter is exclusive content and is from my book Foundation Gatsby Projects.

The book can be purchased from Apress site here 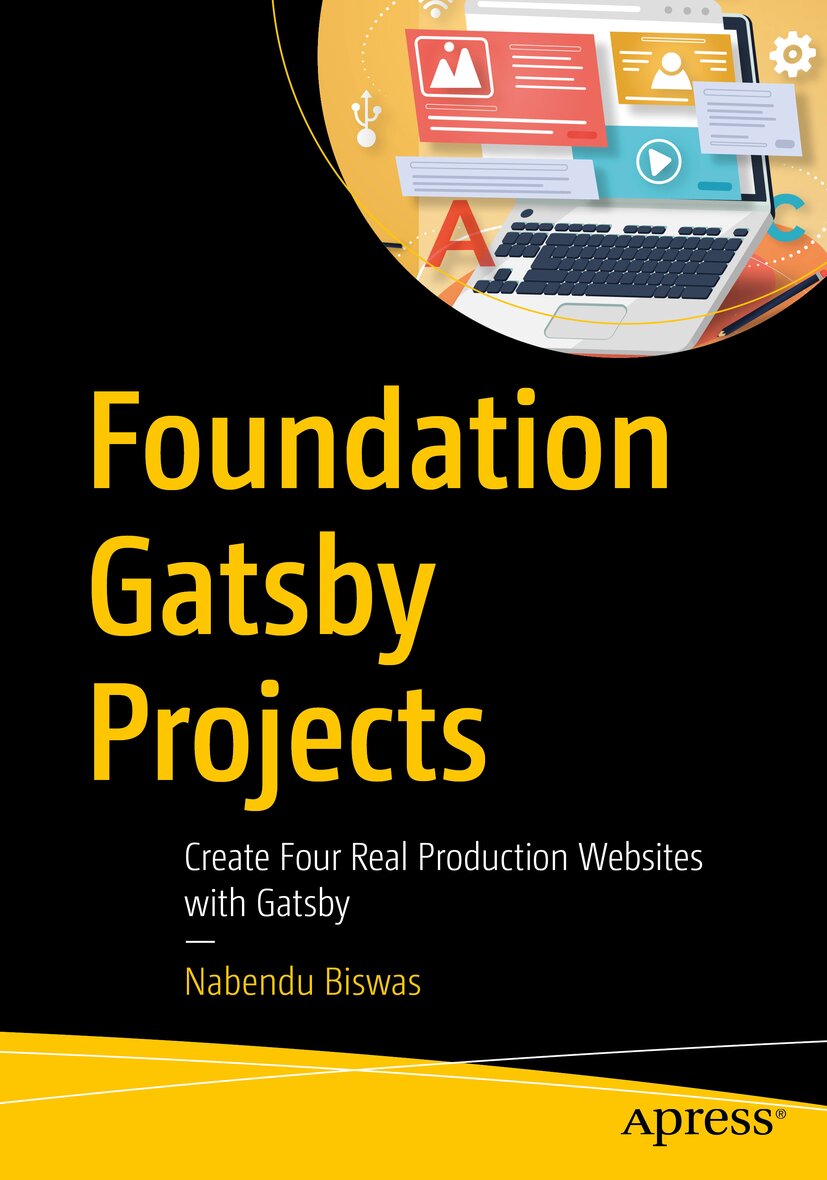 These all for next parts. You can find code for the same here.